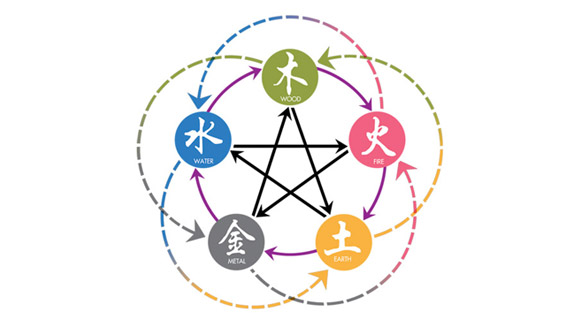 Influenced by the west, we tend to think of “medicine” as a way of dealing with illness and disease. In contrast, Traditional Chinese Medicine (TCM) and other form of Asian medical system focus on achieving health and well-being through the cultivation of harmony within our lives.

TCM is based on the Chinese concept of “Qi” (pronounced “chee” and usually translated as “vital energy”) and the theory of “yin and yang” (the harmony of all the opposite elements and forces that make up existence). It believes that:

What is the TCM perspective?
In the simplest terms possible, TCM is a way of looking at ourselves and our world that sees everything as a whole and considers everything in context. In TCM this perspective is called “taking whole.”

This perspective is applied to everything affecting our health and wellbeing; from our diet, exercise, and how we handle stress; to how we interact with our family and friends, our community, and our environment.

Thus TCM not only identifies and treats illness and prevents disease but, just as importantly, optimizes health, wellbeing, and sustainability in our lives and in our world.

Where does TCM come from?
TCM is a direct descendent of one of the oldest and continuously practiced systems of medicine in the world, and can trace its roots back 2500 years. Since its inception, Chinese medicine has evolved and developed into a very sophisticated and rational system of medicine influencing and being influenced by the many cultures and systems of medicine it has come into contact with along the way.

What is 5 Elements Theory?
Ancient Chinese people observed the natural world and recognized that there are continuous patterns of transformation and changes in the universe and it was initially interpreted with “Ying & Yang” theory this interpretation was expanded and called “5 Elements” theory.

The 5 elements theory evolved from the study of various processes, functions and phenomena of nature. The theory asserts substances can be divided into one of five basic elements: Wood, Fire, Earth, Metal and Water which contain their own specific and properties. Today the 5 elements theory is still used and as a tool for grouping objects and as a method for analyzing changes of natural phenomena.

From the above table, you would see that there are organized relationship between the elements, nature and the body. The different vertical characteristics belong to the same elements and horizontally, each characteristic interacts with another according to the specific order and elements. Working within this wisdom of thought, everything has correlation in nature.

The 5 elements and a healthy lifestyle
The relationship of the 5 elements plays an important role in maintaining a balance lifestyle. This can be illustrated in season changes. During spring, which belongs to the wood element, we should avoid excessive anger in order to stay healthy. In the winter which belongs to water element our bodies prefer to store energy so rest is important. Storage is an important function of the water element, therefore in winter it’s advisable for people to go to bed early. Understanding the relationship between the elements is in the first step to achieve a harmonious balance in nature and life. Today Chinese medicine continues to develop in new and exciting ways and is utilized by millions of people around the world.